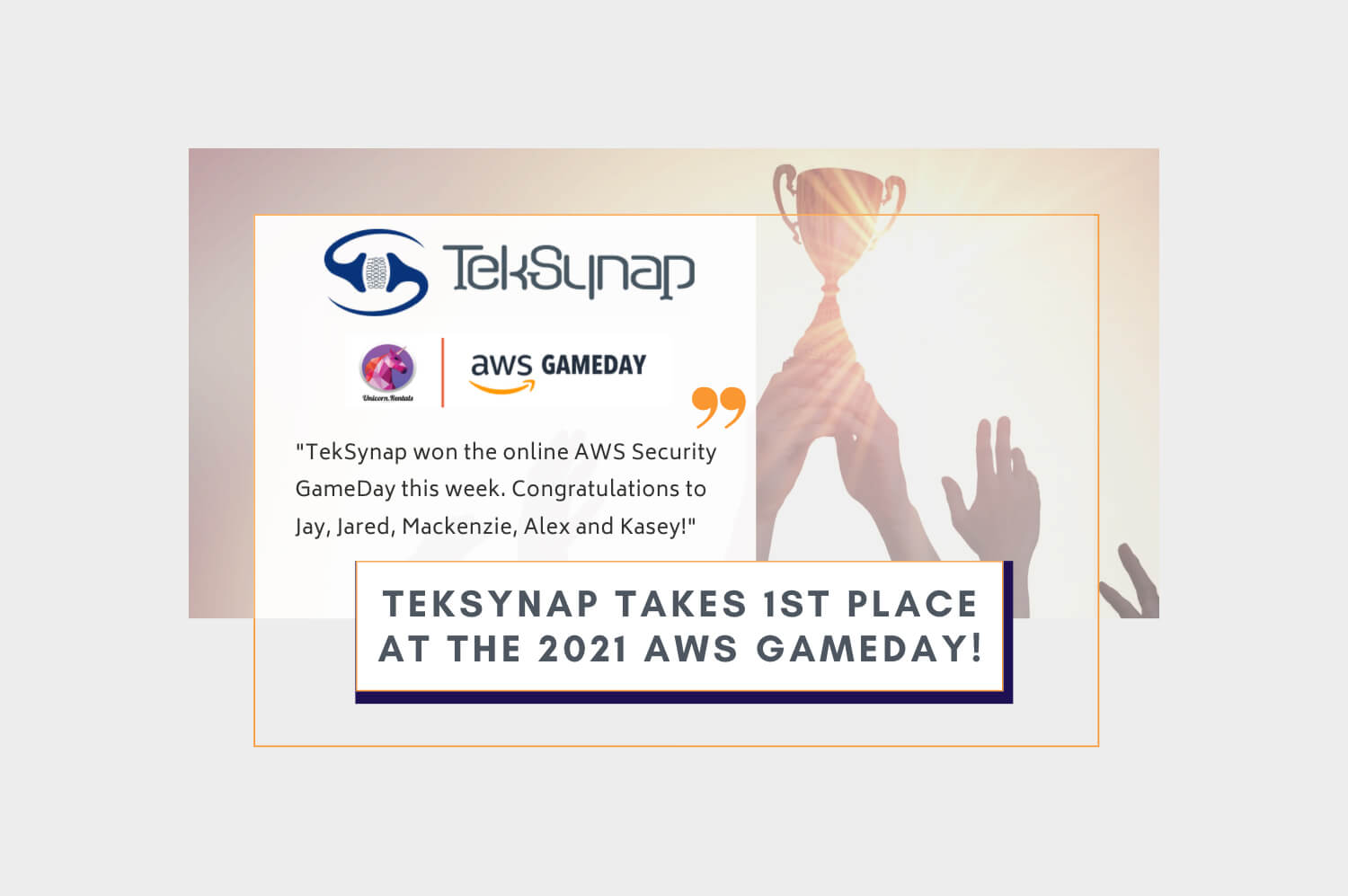 The scenario-based competition placed the TekSynap Neurons as new hires at the fast-growing [fictitious] startup, Unicorn.Rentals and tasked the team to take on various business problems Unicorn. Rentals have been facing related to its security posture. As a team, TekSynap resolved security issues such as publicly exposed databases, malicious internet traffic, and compromised virtual machines utilizing AWS technologies such as Lamda, RDS, and AMI, focusing on automated solutions to ongoing problems. Upon entering the competition, the team had little to no data regarding the scope of the competition, specific technologies, or tools required. The mystery and challenges of the game helped create an immersive scenario. The “TekSynap Neurons” brought home a win while having fun, learning, and working as a team.

The TekSynap Neurons were a multi-disciplinary team drawn from across the company. We would like to congratulate the following individuals for their ingenuity and dedication towards preparation and participation in Wednesday’s event:

Additionally, a special thank you to Leonard Newman and the IT team, who helped prepare for the competition but ultimately could not field a team. AWS GameDays are designed to be friendly competitions to facilitate AWS learning and development. GameDay offers a collaborative learning environment where teams can implement real-world solutions in simulated situations. Congratulations to the team and TekSynap for the outstanding outing.